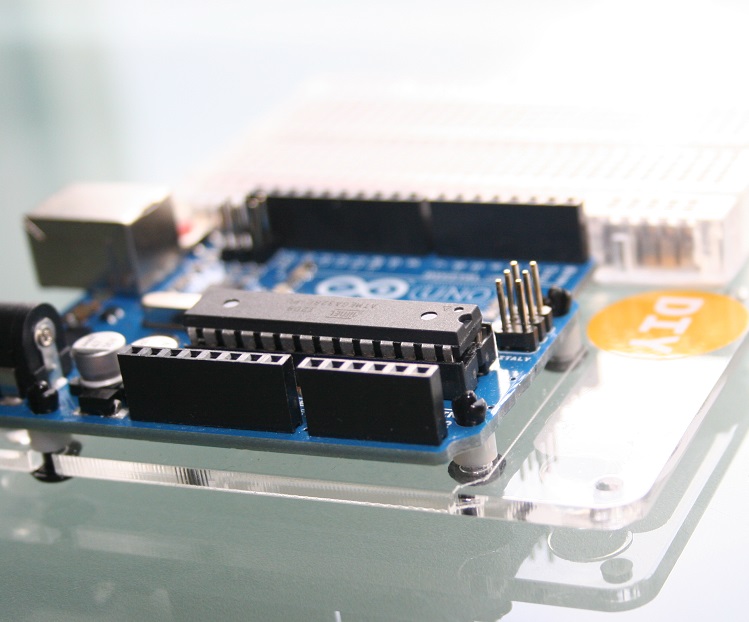 Use Arduino to light an LED when a switch is pressed

Connect an LED to pin 13 and a switch to pin 2 as shown below.

The Switch is connected between pin 2 and ground (GND) but inside the Arduino we enable an internal PULLUP resistor on pin 2 so that the pin is pulled HIGH if the switch is not pressed and sis pulled LOW if the switch is pressed.

Try These Things to Make it Better:

For the solution see the code below:

Try changing the delay(100) command to delay(1). See how the switch does not switch cleanly between states. Instead it bounces. The delay() command helps by stopping execution of the program for 100ms which is enough time for the switch to stop bouncing.